The Power of the Jesus Boost 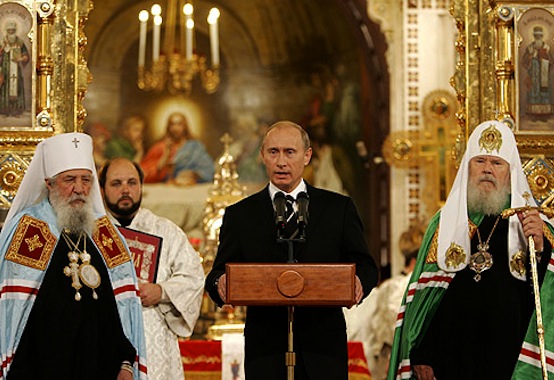 NOTE! THIS PIECE CARRIES THE EXTRA PRESTIGE OF HAVING BEEN REFUSED PUBLICATION IN MY LOCAL NEWSPAPER. I WISH IT WERE RACIER, AND COULD LIVE UP TO THE TITILLATION FACTOR BUILT INTO A “BANNED IN NAPA, CALIFORNIA” DESIGNATION. BUT ALAS!

When you finally get around to launching your very own pop-up political consulting firm, and various pols and other public figures start nagging you for the most sure-fire way to juice up their images and give themselves that boost in popularity they so desperately need, here is the simple answer you need to give them: Jesus.
You need to tell them that co-opting the name and image of Jesus is the surest way to deliver the legitimacy that their compromised, greedy, twisted personalities would never garner on their own. Extra bonus: use of his image and his quotes from the New Testament are all copyright free!
Tell them that if it works for snake handlers, sports figures pointing to the sky, and loud, shameless evangelical preachers smacking congregants on the forehead to free them from demons while demanding the last fifty dollars from people who can’t make their rent, then you know it can be a winning strategy for just about anybody.
Even better evidence of the bullet-proof nature of the “Jesus Boost”—as we insiders call it—can be found in the “administration” of former President Cheese Puff, and antics like his photo op of June 1, 2020, where he stood in front of a church he never attended while holding a black Bible like he was a corn-fed DEA agent holding a trophy kilo of hashish from a recent drug bust. No need for him even to utter the name of Jesus, when he is brandishing the Big Book that gives him ownership not just of Jesus, but of the fearsome line of Old Testament prophets, too. It’s impossible to deny the reality of the Jesus Boost when he afterwards retained wide support, when anyone with a pulse and a pair of eyes would notice that the former “president” is about as religious as a toilet seat.
Need more proof of the value of Jesus to your craven, debased clients? Just look at the torrent of copycats who, subsequent to the hijinks of our former “president,” saw the advantage of getting all righteous about Jesus, miscreants who previously thought Genesis was a rock band, and speaking in tongues was just very expressive French kissing.
Among these are characters like Marjorie Taylor Greene, who proclaimed that “Christ is King” at a neo-Nazi gathering last month. Or Mark Meadows, chief of staff to the former Clairol-blond “president,” who in an email exchange last November with Ginni Thomas, wife of Supreme Court justice Clarence Thomas, offered the following Sacred Cow Pie: “This is a fight of Good versus Evil. Evil always looks like the victor until the King of Kings triumphs.”
I’m pretty sure he wasn’t talking about Elvis.
Your clients will also love to hear that the Jesus Boost knows no limits, not just in terms of hypocritical bad taste, but in terms of international borders. The most spot-on recent example can be found in the pronouncements of Russia’s warm and cuddly dictator/president, Vladimir Putin. If you are looking for cringe-inducing Jesus hypocrisy to match brilliant propaganda success, this is your go-to guy. As his vicious, unprovoked attack on Ukraine slogged into its fourth week, he convened a mandatory stadium rally of Russian citizens who were pleased to show up, if not as actual war supporters, then as fervent partisans of self-preservation. Though his speech contained memorable moments aplenty, the richest of them was his extolling the virtues of the Russian army by quoting Jesus in the Gospel of John. “There is no greater love than giving up one’s life for one’s friends,” he said, with that snaky, straight face he learned from his KGB training days.
It was a masterstroke of the Jesus Boost, the best we’ve seen in a long while. No need to wonder why our former “president” admires Putin so much. He recognizes artistry when he sees it. He’s green with envy.