The “Deep State” is Saving Your Life 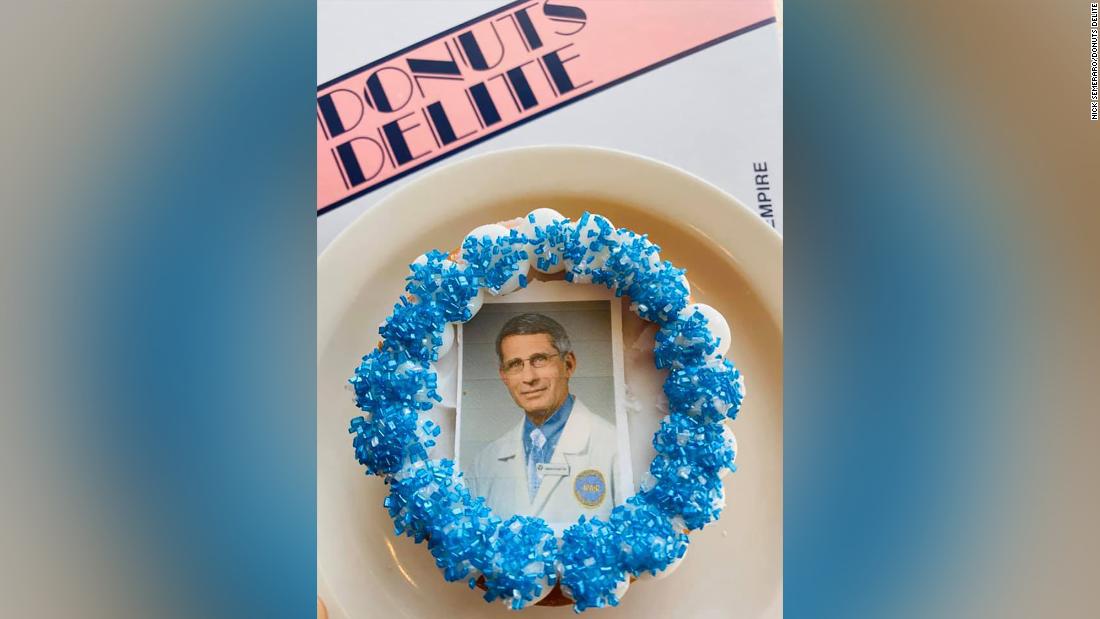 So much to unpack from the last few weeks. Whew. Why not get comfortable and kick back with your favorite virus-cure cocktail? I’m actually enjoying a Tilex Mold and Mildew Mojito right now—very refreshing, not to mention the most sanitary thing I have ever consumed. It’s like the “president” said: it’s really doing a number on my lungs. And my stomach is chiming in, too, promising it’ll be the last drink I’ll ever need. Who knew our “president” was not just a terrific epidemiologist, but an outstanding mixologist, too? Can’t wait for October, and the arrival of the new Lysol Pumpkin Spice Latte.
So, aside from wondering how the “president” could so consistently mislead and confuse viewers of his coronavirus/election campaign infomercials, one of the burning questions of the day is: How has Dr. Anthony Fauci managed to keep his job on the White House Coronavirus Taskforce? The little bugger’s been asking to get fired for months now—contradicting our “president” in network television interviews or sometimes even standing next to him in the press room. What’s his secret? Has he got a copy of Melania’s pre-nup? Or is he the only one with a line on hard-to-find chinos for the “president,” the ones with the Double Z Balloon Seat?
Why should Fauci be bulletproof when other distinguished medical professionals have been unceremoniously canned for contradicting the Elmer Fudd-in-Chief? Why, for example should Dr. Rick Bright, head of coronavirus vaccine research, be tossed out of his position on April 22 simply because he pushed to limit use of the famous hydroxychloroquine—a malaria treatment touted by the “president” as a possible but decidedly untested cure for COVID-19?
Fauci and Bright are similar in many ways, after all. They are both clearly members of the Deep State, that malicious, slippery army of long-time government employees who insist on upholding that silly constitutional loyalty oath instead of cuddling up to the “president’s” irrational, sometimes even dangerous pronouncements. Bright is toppled for one public statement that virtually every expert agrees with, while Fauci remains even after he corrects the “president” about the need for massive testing, about the resurgence of the virus in the fall, and other issues.
Trump seemed ready to dump him on April 13, when he re-tweeted a tweet that included the hashtag #firefauci. Not exactly subtle. So why wasn’t it “Off with his head!”? After all, Trump has pledged over and over again to “drain the swamp” of these renegade patriots.
The answer, of course, lies in the showboating, approval-craving nature of the “president.” The downfall of Dr. Bright and others like him had nothing to do with their patriotism, nor with the quality of their work, but more with the fact that they were tragically too anonymous to defend themselves properly, to command the news cycle even briefly. Trump risked nothing in dumping them. He’ll brand any relatively unknown, long-time dedicated government worker as “Deep State” if they do not perform like a trained seal for him; what he will not do is mess with his approval ratings and his precious brand, even if it means he has to swallow some rebellious, contrary statements from a hired hand who happens to have established a brand of her/his own. And Fauci is one of those. To Trump’s chagrin, he had to realize that Americans were trusting Fauci more than him, that Fauci had a public following and professional stature that was virtually unassailable. You can bet after he floated the “#firefauci” test balloon, he got an earful not just from the public, but from his advisors, too. Want to stay in office? Leave Fauci alone.
So it’s ironic that, in spite of the “president’s” aversion for Deep State denizens who refuse his demands for personal blood loyalty oaths a la “The Godfather,” the Deep State is now rescuing us—and him. Fauci, with his no-nonsense scientific manner and deep experience, is rescuing even the #firefauci crowd, the ones who would refuse the benefits of his expertise, preferring instead to leap off a cliff to demonstrate their rabid loyalty to Trump.
The point is not that Fauci is infallible. He is certainly capable of error and will admit that he doesn’t have the answer to every question, but he is consistent and credible as the voice of greatest expertise in this crisis. The public knows it, too: even an April 10 Fox News poll that puts Trump’s crisis approval rating at around 50% puts Fauci’s at 77%.
Thank God Trump has not yet succeeded in removing all expertise and experience from high government positions, though he’s not giving up. We recently got a new head of HHS virus response, someone called Brian Harrison. Best known for breeding Labradoodles. Who’s a good boy?!