The 2021 Cynnie Nominations Are In! 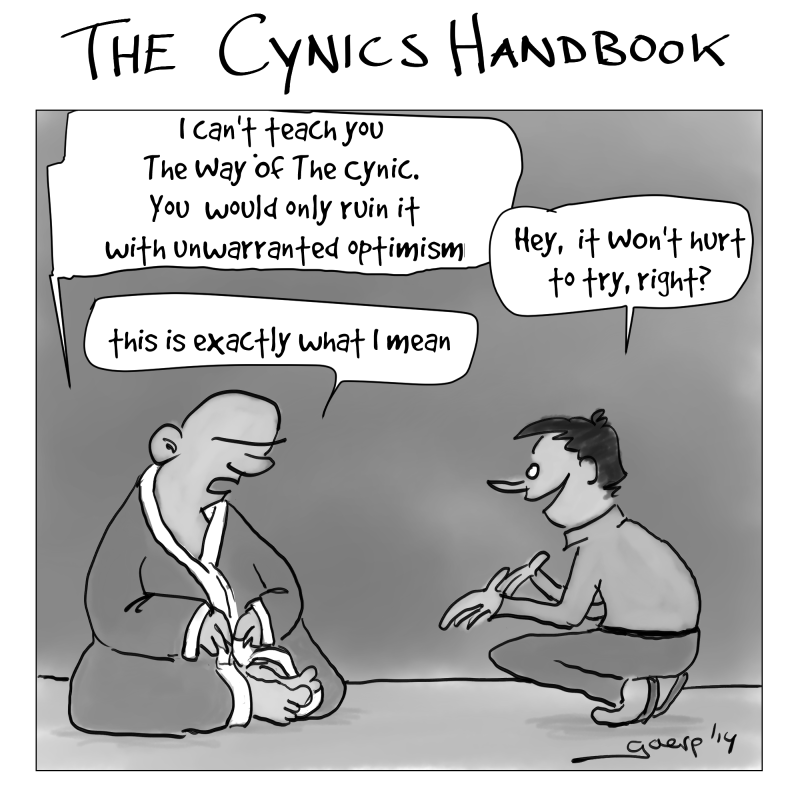 The awards season is upon us again, and though there have been lots of postponements due to the powerful performance of COVID in the role of serious pandemic, officials of the Confraternal Association of Cynical Americans (CACA) want you to know that the 2021 Cynnies will go ahead as scheduled. Through its awards program, CACA is committed to recognizing all those who, as the association’s charter states, “spread the greatest cynicism among the greatest number of Americans.”
Nationally, there’s a crowded field of impressive performances in 2021, performances that push the boundaries of the cynical arts; we’re proud to announce the following nominations of individuals who have propelled ever-greater numbers of Americans into the ranks of the deeply cynical. In alphabetical order (cynics love things that appear orderly but aren’t), the nominees are:
Ted Cruz, for his performance in “I Was Just Trying to Be a Good Dad.” This tone-deaf, emotionally-stunted tour de farce came after the press discovered him making a dash for Cancun as Texas froze in February, following a massive power grid failure. Using his young daughters as an excuse for his behavior was a cynical masterstroke.
Chuck Grassley, for his heart-breaking performance in “If I didn’t accept the endorsement of a person with a 91% approval rating of Iowa Republicans, I wouldn’t be too smart.” This is a poignant portrait of a doddering 88-year-old man with a 40-year career in the Senate, who decides to destroy himself. For maximum pathos, Grassley reveals he is debasing himself not just by accepting the endorsement of our former Greasy-Ducktail-in-Chief, but even more significantly by doing so out of fealty to polling numbers rather than to a personal moral code or through actual integrity. A richly Faustian message: he is “smart” to do whatever is necessary to get re-elected–including selling his soul. Cynics swoon for this stuff!
Kevin McCarthy, for “Who the F*** Do You Think You’re Talking To?” A searing performance, rated A-C (Adult language, Childish emotions). It dramatizes a January 6 phone exchange between McCarthy and the Ducktail Demagogue while the infamous insurrection was in full swing. When the latter implies that the invading mob might care more about his false claims about the “rigged” election than McCarthy does, McCarthy unloads with his iconic question. McCarthy’s innate dimness is pure magic when combined with his ungovernable temper and snitty self-importance. Even with his initial knee-jerk honesty, he would still be just another invertebrate Retrumplican who walked back his criticisms of the role of the former “president” in the insurrection, but his self-righteous lie, denying having had the phone conversation at all, is at the heart of his genius. A cynical masterwork.
For the 2021 Cynnies here in Napa County, we have delectably cynical performances from our most reliably shameless actors who’ve dominated the competition in past years. The nominees are:
The County Board of Supervisors, for their brilliant ongoing series, “Coddle the Violators.” The BOS, who collectively are the Meryl Streep of the Cynnie Awards, garnering more nominations and awards than anyone else over the years, continue their winning ways as they “punish” wineries that have grossly violated their permit limits for gallons produced, number of visitors, etc. The BOS savages these violators by declaring them magically in compliance, often even increasing the various limits beyond the numbers identified as gross violations. Whip me, beat me! A perennial cynical winner, especially in these times of unprecedented drought, wildfire, and other mortal climate change-related threats to Napa County. Bravo.
Hall Wines, the Jack Nicolson of the Cynnies, having all the ubiquity and staying power of Meryl Streep, but with a special shot of self-satisfied arrogance. In 2021, they’ve earned a pole-position nomination for the bold “Walt Ranch Project,” allowing them to pillage Napa’s watershed, relieving us of more than 14,000 trees while offering a laughably inadequate mitigation plan, all to make way for a 209-acre vineyard. A perfect contribution to the planet’s steep dive into climate change hell. Stellar factoid for cynics: Hall winery was the first in the state to achieve LEED Gold Certified status—top points for energy and environmental design—while brutalizing Napa Valley’s precious watershed!
The Board of Supervisors gets a second nod for their unforgettable role in the “Walt Ranch Saga,” too. Competing with the Halls for most cynical performance is tough, but who can resist the background of the 3-2 vote that approved the project? The three supervisors in favor–Pedroza, Gregory, and Ramos—all received generous campaign contributions from the Halls, while the two votes against the project—Dillon and Wagenknecht—not only received nothing from the Halls, but aren’t running for re-election, effectively letting them vote—gasp!–their consciences.
Note: Cynics are assured by CACA officials that the competition is absolutely not rigged. Wink,wink.