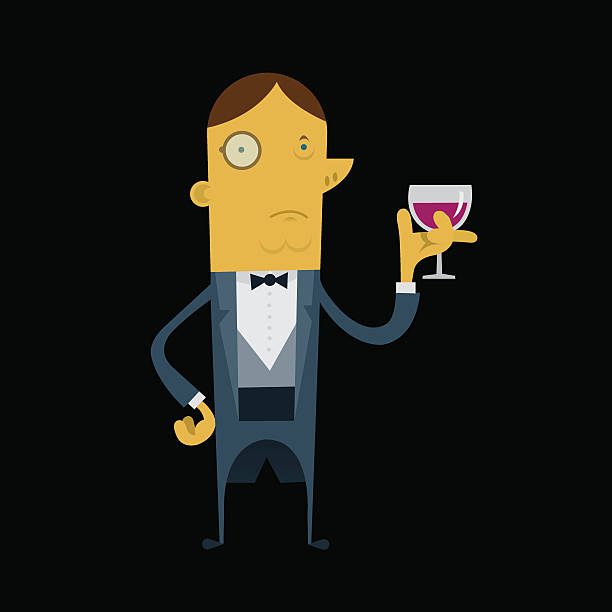 OUR STORY
Bill Bentwhistle, founder and chairman of Bentwhistle Family Estates, is committed to making each Bentwhistle Estate varietal wine the best of its kind in the world. As unencumbered by financial limitations as he is by actual knowledge of wine or its history, he has invested a fortune in his quest to both satisfy the most demanding wine lover and at the same time give himself the appearance of a cultured, refined—and even human–being. In this great work, he has not only learned to eat with a knife and fork and close his mouth when chewing, but has identified the key factor in producing wines of true distinction: respect for terroir. With his strong background of having occasionally had something under his fingernails that resembled dirt, Bill was determined to honor the terroir tradition by acquiring parcels of land perfectly suited to the cultivation of fine wine grapes: a special combination of the cheapest possible per-acre costs and soils rich enough to produce vast tonnages of grapes, year in and year out. Though all of this requires superhuman effort, everyone at Bentwhistle Estates agrees it is worth it when they get together to review the company’s gratifying financial statements and enjoy a glass of the largely potable wines that proudly bear the Bentwhistle label.
While pursuing his passion for wine, Bill has kept a firm hand on the tiller of the flagship family business, Bentwhistle Banality LLC, which provides custom-designed, attractively packaged societal evil for many of the largest Fortune 500 companies. He helped found the Hunger Games Rugby League for Pregnant Women, and is the author of eight books, including the Newberry Award winning children’s publication, Fun at the Tar Sands Extraction Site—a Pop-up Book!, and Pimp my Congressman which for 20 weeks topped the New York Times Eco-Waste List.
His wife, Succuba Anne, has been an unvaluable contributor to the success of the business, both as a tireless talker and advocate of heavy wine consumption in the finest restaurants of Europe, and by publishing her favorite pate recipe in Winegack magazine. A feisty, take-charge person by nature, even before the prenup was in final draft she changed the monograms on the Bentwhistles’ personal towels and began keeping a few of her favorite snacks in the refrigerator in the main house.
Bill’s daughter, Slothra, shares her father’s passion for rapacious behavior in business. Since graduating from the Bentwhistle College of Self-Expression in Silver Spoon, Maryland, she has been laboring at the winery as an unpaid intern, learning all facets of the operation. Until Bill succeeds in his efforts to wholly monetize their relationship, it is anticipated that she will continue as a volunteer, if only to later allow her yet-unborn children to dance on her father’s grave as well as receive impressive amounts of money from the business after she drains its assets and sells the hollowed out husk to Dipsomanio Corp. in up-state New York.

THE VITICULTURAL TEAM
Our vineyard management team includes some of the most talented and monosyllabic misfits in the business. Leadership is provided by Darren Krotchnik, a born-again Christian who made his name perfecting the famed “jungle” pruning system, a man as familiar with the microclimates of California’s north coast as he is with the state’s sexual assault statutes. His partner in crime, farming the Bentwhistle central coast estates near Firebaugh, is Hamish Stuggin, whose impressive resume includes 27 years as vineyard manager at the Shell Oil refinery in Lompoc.

THE WINEMAKING TEAM
Our Director of Winemaking, Janker Forski, learned his craft from the ground up. Starting at age 4, he worked with his bare hands digging holes that would serve as latrines for the estate’s 24-hour vineyard crews–and he has never looked back. He assumed his role at Bentwhistle Estate after a stellar performance in his 23-year stint with the U.S. Postal Service, where he learned to smear junk food on his paperwork, take plenty of healthy potty breaks, and interact with coworkers while drunk.
His winemaking philosophy is one of minimal intervention in the process, to assure that the resulting wines are truly unique and natural, and that the work required is little enough that it does not encroach on duck hunting season.

THE WINES
2016 “Geology Hill” Estate Chardonnay
A stellar offering from this tiny vineyard, planted on a coveted code-red superfund site. To achieve the artisanal quality Janker is looking for, he first bludgeons each whole cluster of grapes with a large socket wrench, after which the resulting juice is scorned and pitied before being moved to institutional mayonnaise jars for fermentation. The finished wine owes much of its unique character to the whiff of “condiment” this imparts. Offering rich aromas of rented bowling shoes, sick pets, and buyer’s remorse, all framed by the complex earthiness of a fitness center shower stall, this bottling is a real gobstopper. On the palate, its aggressive flavors and intimidating texture will have you calling for a restraining order after the first glass!

2015 “Bellissimo” Merlot
This is a perennial favorite of those who love two-fisted red wine and whose bodies acclimate easily to vicious toxins. A combination of fruit grown on the faceless terrain next to the electric power substation at the north end of St. Mammonia, blessed with huge deposits of construction drain rock the origin of which remains a mystery; and grapes from the Mark and Ethel Bromide Vineyard, famous for years of cutting-edge beta chemical testing and local orphanage Easter egg hunts. The 2015 vintage erupts from the glass with nose-singeing overtones of Retsina and Ronsonol lighter fluid, along with deeper bass notes of rancid bacon grease and street-vendor falafel. In the mouth, its spicy, exotic fruit character speaks to you in a language of faraway lands—if you are fluent in gibberish. Its long finish gives you plenty of time to dial 911.

2012 Royal Stegma Cabernet Sauvignon (California-esque)
Another winner in a long tradition of bottlings that explore the limits of human digestion. The 2012 iteration was crafted from grapes grown under strict government supervision, on loamy/gravelly soils just above classified nuclear waste caverns. Very hush-hush—and very delicious. The fruit is crushed using the latest Cal Trans roadwork vehicles, after which it is carefully scraped into temperature-controlled plastic lawn and garden bags. There the wine is fermented to dryness, then left on the skins until someone stumbles across the place where the bags were dumped. After a full twelve months of being overvalued in bank audits, it is slowly run through a swimming pool filter and bottled. Only then do we release it to its many admirers in the restaurant and janitorial trades. Boasting a rich rust color, full-frontal aromas of teenage perspiration and radial tires, the wine’s distinctive flavors of ornamental cabbage, barn owl filet, and willful negligence give a whole new meaning to the term “mouth-watering.”

2010 Ultra Excelsius Show Reserve Limited Release Collectors Cabernet Sauvignon (Buggerford Appellation)
Among the elite of Snarka Valley ultra-premium wines, Excelsius is legendary and completely mythical. Though only eight cases of this supremely overappreciated wine were produced, they represent the pinnacle of what canny marketing can do with an inflated notion of scarcity and the insecurities of wealthy consumers.
Grapes are selected from the best rows of vines planted in front of various northern California banks and insurance companies that are too cheap to pay for actual landscaping. The extraordinary winemaking techniques employed in crafting Ultra Excelsius include the use of impressive cast-iron equipment, extensive take-out pizza, hypodermic needles, hourly updates on Twitter, and state of the art chemical toilets.
Visually, the 2010 wine offers a disturbingly deep V-8 juice color, with tones of poorly-applied henna and novelty condoms. Aromas of fine Halloween candy and decomposing self-respect give way to a luscious fleet soda texture and profound flavors of black beetle piroshky, Slim Jims, and luxury resort graywater.