When the National Commode Backs Up and Overflows 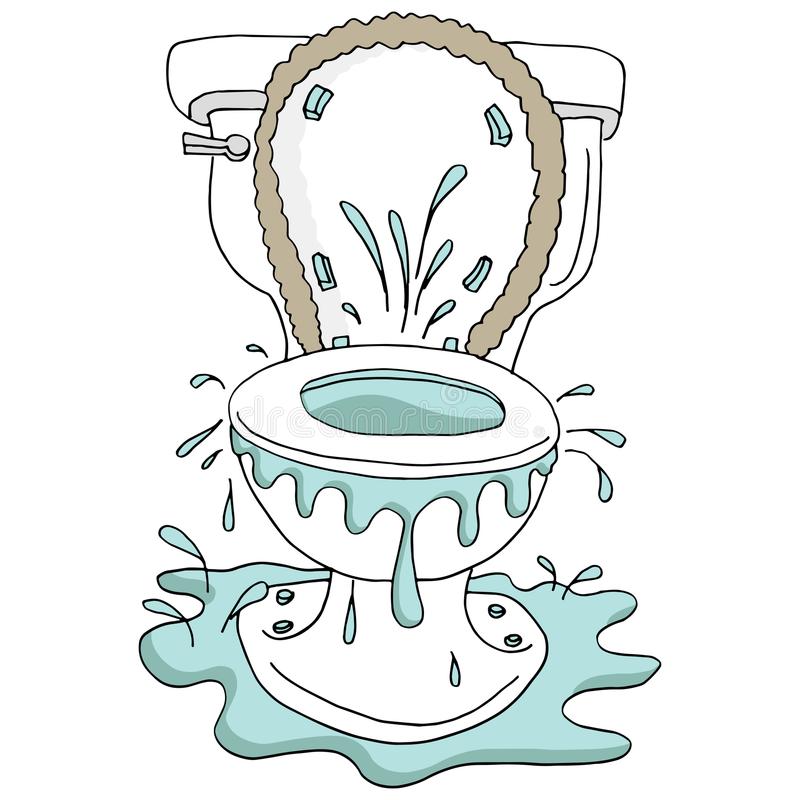 So now that the Electoral College has voted to elect Joe Biden, and the U.S. Supreme Court has refused even to hear the latest absurd/hilarious/dangerous challenge to those presidential election results, the “president” has reached the end of his rope, and, thankfully, his “administration.” You know it’s the end when the internet begins to suggest that he might try one last appeal, to the International House of Pancakes—people who presumably know how to flip just about anything, including elections.
I think everyone understands that though Joe Biden’s inauguration will occasion the removal of those terrible, tacky gold drapes from the Oval Office, it will do nothing to address his flagrant abuses of the presidency and their apparent normalization by a duped crowd of followers and a craven Republican Party. This is because, in one sense, Biden wasn’t truly running against the “president,” the narcissistic publicity addict, sexual predator, and reality TV star. He was running against deception and lies, along with forces of dark contempt for our institutions, all of which the “president” loosed on the nation with unprecedented ferocity, like a pack of wild dogs. Like a lethal virus, even.
Though we should be clear that racism, xenophobia, and authoritarianism have been oozing slowly out of America’s mostly self-inflicted, self-infected wounds for centuries, the “president” has taken advantage of his office in order to enlarge the lacerations and give pus some good PR, a phony veneer of acceptability, with no intention whatsoever of actually healing those wounds.
Destruction of confidence in the press was always key, of course. It freed him up to speak and act with virtual impunity, opening the gates for his years-long crusade against reality, and for his post-election follies, now so familiar: It was all rigged, I was robbed, I’m a victim, the American people are victims. Yada-yada. He’s extra pathetic when he’s been wounded right in the self-love.
Let’s put it this way: When you are painfully aware that the national commode has, so to speak, been clogged for four years, and has been spewing sewage all over America’s figurative master bath and bedroom, it’s obvious that we badly need to make repairs. It makes sense to call a good plumber, and contractors, not just to fix the damage but to put in place some safeguards to avoid similar situations in the future. It won’t be easy, because roughly a third of Americans have developed a taste for sewage, and do not see the need for fixes. And the sewage itself has been of a quantity and quality unseen since Andrew Johnson worked hard to hand the South a technical victory after the Civil War.
It will take time and patience to undo the effects of having normalized so many lies, so many abuses of presidential power, including granting pardons in exchange for favors, controlling the Justice Department for personal aims, and requesting foreign interference in our elections, among others. Trust in our chief executive will need to be re-established through determined government action that will require, as a baseline goal, release of candidates’ tax returns and strict avoidance of conflicts of interest.
Previously, our society was willing to assume a certain standard of integrity and decency in our Chief Executive, but the outgoing “president” has revealed the price of our collective naivete. He’s shown us that we need something more than courtly, pro-forma guard rails to anticipate and block presidential abuse and overreach. What we need are sturdy crash walls, protections that will be reliable in preventing any future crude, unscrupulous, manipulative bulls from wreaking havoc in the nation’s china shop.
Over the next year or two, even in the face of this terrible pandemic and the resulting economic catastrophe it has brought us, we should expect the Biden White House to make moves to plug as many of these gaps as are within the purview of the Executive branch, and enlist members of Congress to address those issues that are legislative responsibilities. If action is not taken, it is worth contacting your representatives in Congress to urge them to act. After all, we have just spent four harrowing years witnessing shocking examples of presidential influence peddling, as well as seeing institutional norms undermined and even openly attacked by the “president.” Making sure that such things cannot happen again are every bit as much an issue of national security as protection against massive foreign computers hacks or terrorist assaults at home or abroad.
We might not be able to prevent a monster from sliming his way into the White House again, but we can certainly do a lot to contain him.

The Way Forward for Napa Supervisor Pedroza
An Open Letter to Representative Mike Thompson
Let’s Get Behind the Congressional Football League
Hoax for the Foax in Napa
No Time to Be Tiptoeing
Pedroza: PR or Probity
Open Mic for Conspiracy Theorists – Napa County Elections
The Power of the Jesus Boost
Pedroza’s Cloud of Smoke
The 2021 Cynnie Nominations Are In!
Introducing: Fox-O-Matic!
E Pluribus Nada
Child Poverty: An American Specialty
After-Ghanistan: Deconstructing the Road-Apple Hoagie
The Republican Partisan Kama Sutra: A Minority Position
The Sacred Bureaucracy Speaks
This Week on “Numb It Down”
And Now, Direct from Mount Sinai: The Constitution!
Like Wine? Bentwhistle Wine Estate is for YOU!
Trump’s Undeclared Civil War
The Crime Must Not Be Sanitized or Forgotten
When the National Commode Backs Up and Overflows
Important Scientific Memo Regarding the Presidential Election
Election Results are Already In: America Lost
The Joys of Disinformation: Local Edition
Retrumplican Senators: Stark Naked and Squirming
Alt-Right Performance Art!
The Preferred Hand Sanitizer of the Chief Infecutive
Our Economic Junkernaut
The “Deep State” is Saving Your Life
The Gettysburg Infomercial
Rocking the Stocks
45 Misses a Big Chance to Shock Us
New and Improved Civicks 101
After the Famous 5th Avenue Shooting