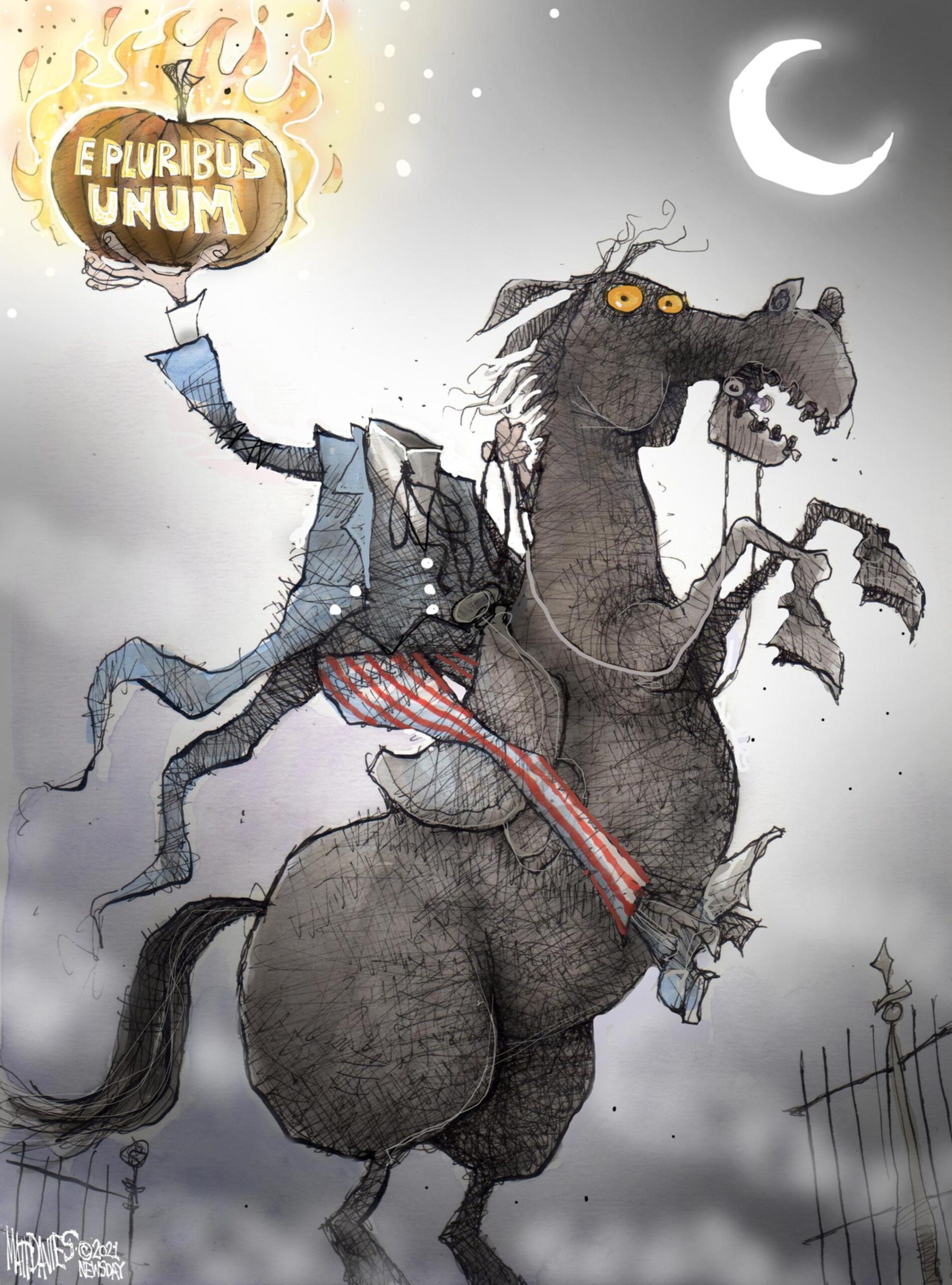 Remember the Three Musketeers? “All for one, and one for all”? Well, updating it to fit the current right-wing view in America, it should be more like “All for one–and all for one!”
I’m talking not just to you, Anti-vaxxers, (gun freaks fit in here, too, absolutely) but you’re a great place to start. You’re the current vanguard in the battle to assert individual rights over any considerations of community and society at large. You appear to want everyone to know that our society, organized and maintained to allow you the benefits of paved streets, reliable waste collection, and pizza delivery, can take a hike when it asks you to participate in coping with a public health emergency. For some reason, even the geniuses among you cannot seem to see that, as it relates to COVID-19, your idea of being able to “do what you want, as a personal choice,” actually impacts everyone around you.
The craziest, the true paranoiacs, refuse heath officials’ assurances that vaccinations do not include bloodstream implants that communicate with the Blue Tooth feature on your bathroom scale. That you will not morph into a stegosaurus, nor will you become a robo-scout for the coming alien-communist invasion.
Only slightly less insane are the far-right political junkies who long to escape to Montana, where they can enjoy an uncomplicated, wild-west lifestyle without vaccines or mandates, yet be conveniently close to a Dunkin Donuts franchise. These types don’t claim to know about public health issues, but they know that anything blue states embrace must be bad, and certainly out of step with what former “president” Cheese Puff favors.
The third group, the amateur epidemiologists, are possibly the most insidious threat, because they’re almost as adept at using the jargon of infectious disease specialists as they are in combing the internet to cherry pick weird statistics that support rejection of the vaccines as either ineffective or (my favorite) more dangerous than COVID itself. You’ve read this stuff: “More people died from vaccine side-effects than from COVID itself during the week of July 12th in Boilburst, Oregon.” A triumph of science.
Here’s an awful truth: All of the above share a disease far worse than COVID-19, namely, a loss of trust in the nation, its government institutions, and the society we have all worked cooperatively to maintain. It’s an essential breakdown of the unity expressed by the Founders’ adoption of the Latin saying, “E pluribus unum.” In effect: From a group of diverse states, and all the communities in them, we have built a unity.
The structure of society always creaks and groans as opposing opinions clash, but the splintering sound we’re hearing now is different. It’s a rejection of knowledge, expertise and authority, an irrational desire to flip the game board and scatter the pieces. Its causes are no doubt many, but chief among them are certainly the flood of internet disinformation and propaganda, the Fox News organization and its extraordinary willingness to distort the truth even in grave matters like the pandemic, and finally, of course, the projectile vomit of lies from our most recent former “president,” aimed principally at protecting his own greasy self-image.
If you’ve watched the loss of trust unfold as it relates to COVID and the vaccines, you are certainly aware of how this same mistrust expresses itself in other areas of society. You are also aware that, even with trust gone and actual facts denied or distorted, there is one final devastating loss that has occurred, one final domino that has fallen: the rule of law.
If that sounds exaggerated, let me assure you it is not. The unfounded fraud claims about the 2020 election and the more than 60 lawsuits they generated are old news, but what’s new is the aftermath. It was always assumed that once definitive court decisions were handed down, Americans would accept them—whether they agreed with those decisions or not. This has not happened. Though all the substantive suits filed to upend the election results either failed or were tossed out, dispiriting poll numbers show that about one-third of all Americans are very vocal in rejecting the validity of those decisions. So even the rule of law, the ultimate arbiter of disputes in our society, means nothing to these people.
Like those who refuse to participate in the effort to contain a national health crisis, they choose to set themselves apart from our institutions and the Constitution that created them. It is this indefensible, irrational rebellion, in all its forms, that has brought us, sleepwalking, to the land of E Pluribus Nada.
Who knows when the nation will wake up from this bad dream? What is certain is, those who are awake must never let up in sounding the alarm.