45 Misses a Big Chance to Shock Us 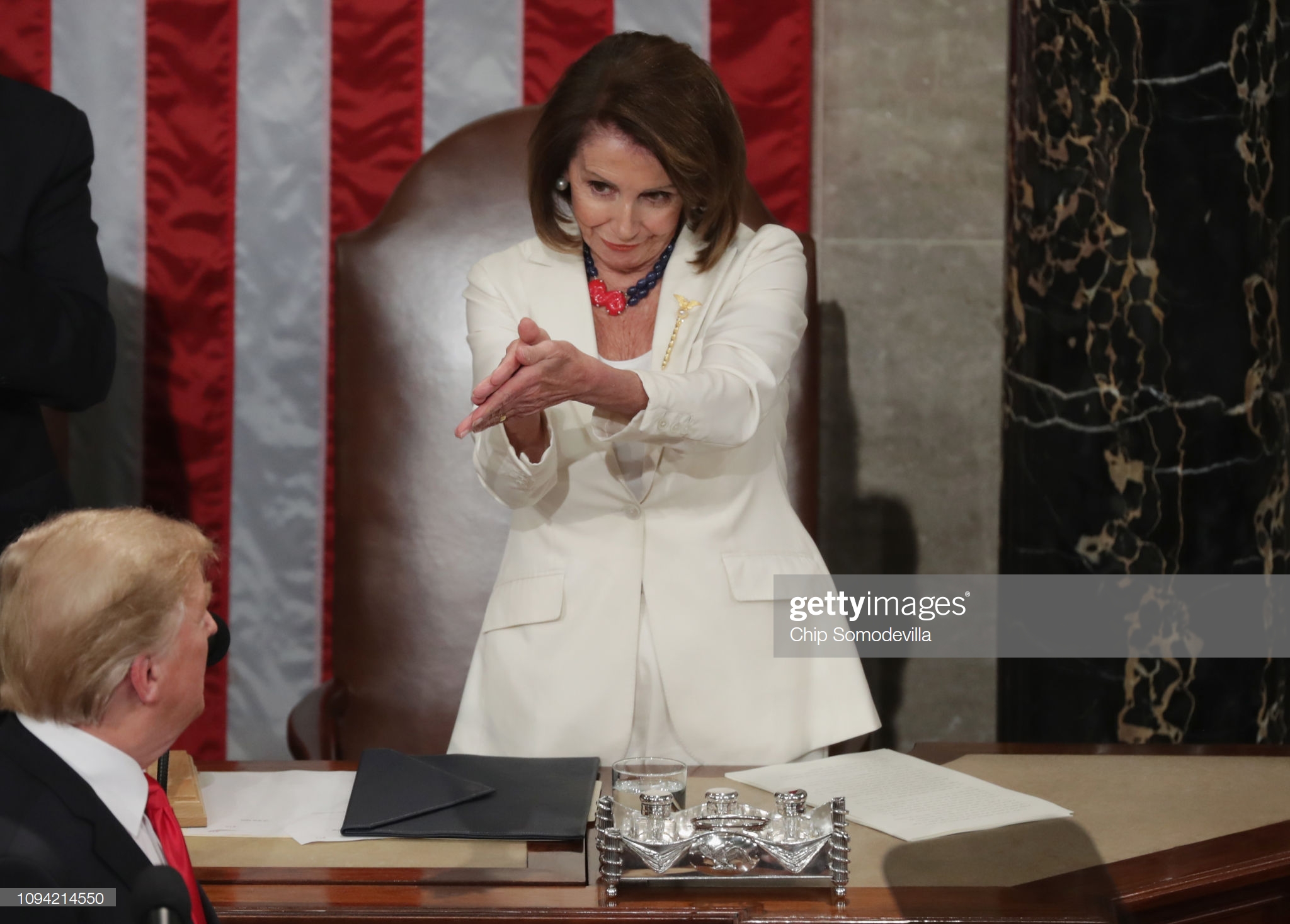 For a guy who lives to be the Godzilla of the news cycle, you’d think our “president” would have recognized a great opportunity when it was sitting right on top of his very great, stable genius brain. How did he miss an obvious mother lode of public attention, his for the taking, if only he had delivered the right State of the Union address?
It’s a question that will be answered only in the fullness of time, by clinically-depressed historians, as they pick through the historical rubble of the current “administration.”
But let me offer a rough version of the stunning speech that would have outshone even his most outrageous presidential piffle of the past. I know that’s a tall order, given the rich layers of putrid verbal lasagna already on record, but hear me out.
(Solemnly, he stands at the rostrum, surveying the faces in the chamber.)
“Madame Speaker; Mister Vice-President; members of Congress; my fellow Americans: I stand before you today to say without hesitation that the state of the union is strong. But before I talk with you about the many areas where America is demonstrating its strength, I want first to say something about the most powerful reason for the strength of our union. And that is that we are united as Americans. That we are united in the belief that the Founders created something magnificent, a model for the world, when they gathered in Philadelphia in 1787 to fashion the Constitution. We, all of us, regardless of race or religion or sexual orientation, are united in our loyalty to our system of government, and united in a desire to protect it against all enemies, foreign and domestic.
“That we often do not all agree on exactly how to enhance our union, on how best to improve the lives of our citizens, is a fact that is much less significant than our devotion to a system that allows for that peaceful disagreement. In our current political climate, very different ideas are vigorously advocated by the major parties and by independent political figures. But in the face of all the noise, all the disagreement and rancor, we must keep before our eyes the great truth that we are one nation.
“Tonight, I do not shrink from admitting that I may in the past have been too willing to fan the flames of discord in the nation, using less than even-handed terms to describe some of my fellow Americans, and even allowing fabrications, vagaries or exaggerations to pass for truth. I have stoked the fears and resentments of many Americans, and have unfortunately brought the national discourse to new lows of civility and decency.
“Though I have been very public in expressing my feeling of having been mistreated by the press and various elements of the government—feelings that I continue to insist are valid—I would like this evening to extend a hand to those who oppose me. I do not extend my hand in friendship; our differences are too great for that. But I extend it in hope and optimism, recognizing that there are great issues that today need addressing more urgently than ever, issues that can find resolution only through compromise and mutual cooperation.”
Okay, of course it’s all much too mature, statesmanlike, and presidential for the likes of Trump. But what a headline grabber. And there would be plenty of time to do a quick 180 to reassure his base that he hadn’t suddenly become sane. You know: offer them a blast of bragging, lies, and exaggerations. The stuff everybody loves and respects so much.
(He pauses. A sly smile creeps onto his face. He shakes his head and chuckles.)
“Look at you people! You should see your faces, folks. It’s pretty funny, let me tell you. I mean, did you really think I meant all that stuff? You gotta be kidding. Like suddenly I’m gonna make nice, and work with losers and scum, people who are a disgrace, who hate our country? I was playing you like a violin.
“The Dems just want America to be a communist country, like Venezuela. They want to take away all your guns and throw you in jail. They want terrorists and freeloaders and trans-genders with drugs to come across the border. They want to take away your hamburgers, kill your 409k, force you to have health care, and limit the number of times you can flush the toilet, too! But I won’t let ‘em, folks. You remember how real Americans used to treat disgraceful people like this? Sure you do. They’d knock the crap out of ‘em. Those traitors would be carried out on stretchers!”
Now THAT’S a president for the history books. Or at least for anthologies of mental illness case studies.