The Crime Must Not Be Sanitized or Forgotten 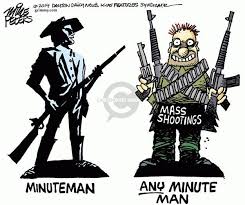 Had enough of being pepper-sprayed with cell phone videos of the January 6 attack on the Capitol? Tired of seeing, again and again, the scrums of slobs, fantasists, and ex-military forcing their way into the building, showcasing the male of the species in a particularly unflattering way? Embarrassed to see the few women present doing their best, too, with their limited supplies of testosterone? Most of the time, they all looked and sounded like Hunter Thompson’s “horrible experiment involving whiskey and gorillas.”
Even if you feel you’ve maxed out on the images, pathetic and dangerous in equal parts, it is extremely important to keep them fresh in your mind. This is because those in whose interest it is to play down the event, to spray generous clouds of air-freshener over the event’s stinking, seditious corpse in order to sanitize and airbrush it in the public mind, do not want anyone to remain awake to either its raw, destructive, ignorant, mob-rule energy or its direct cause: the incendiary words of our ex-“president.” Because if you are awake to his intentions, and to the bitter, violent, un-American passions he deliberately unleashed, then you cannot but be conscious of the need for a conviction in the upcoming impeachment trial.
It is absolutely immaterial that the trial is taking place after the ex-“president” has left office. After committing a crime in many ways worse than his famous hypothetical of killing someone in the middle of Fifth Avenue in New York, his current status, whatever it might be, cannot place him above the law. To do so would be to excuse an extraordinarily grave crime against the United States, as well as creating a dangerous precedent.
It is ironic that such a momentous trial should be such an open-and-shut case, one in which the key testimony is available in videos that are explicit and devastating in nature. Absent the crudest, most cynical acquittal votes from morally-bankrupt Republican senators—something that remains a distinct possibility–our ex-“president” will convict himself, with help from his rabble of refugees from “Night of the Living Dead.” There is a rich litany of statements from him on that January 6th, statements rooted in the fantasy that he won the election, and that his minions need to somehow change the results. These beauties include, “You’ll never take back our country with weakness, you have to show strength, you have to be strong,” which was followed by the crowd chanting, “Fight for Trump! Fight for Trump!” Also among the most blatant were: “If you don’t fight like hell, you’re not going to have a country anymore!” and “…our country will be destroyed, and we’re not going to allow that.”
It is extreme, apocalyptic language, the kind he has so often used to whip up his crowds, but in this case, thanks to his increasingly shrill, wholly false claims of election fraud, he had a real mob in front of him. Many were wearing helmets and head-to-toe camo, with large backpacks containing—what? Picnic supplies? If Trump could not see the stun guns, brass knuckles and whips that turned out to be their contents, he could certainly see people carrying zip tie handcuffs, and climbing equipment. What did he imagine they would do with those? An equally good question is: What did he expect his mobs to do with his inflammatory language–beginning in the campaign of 2016? Remember his advice about dealing with dissenters? “Knock the crap out of ‘em!” And how about: “Don’t worry, I’ll cover your legal bills.” In fact, a violent tone has been very frequent with the ex-“president.”
One way to assure that the impact of his words remains blazing hot is to watch the extraordinary video of the attack filmed by journalist Luke Mogelson, easily located through Google. A near-perfect 12-minute capsule of what went on inside the Capitol and inside the Senate chamber during the insurrection, it is worth watching several times, to capture as much of the shocking detail as possible. Listen to the voices of these bully boys, stoned on their own brassiness. When stopped momentarily by a few fearful policemen, one of them says, “We’re listening to Trump, your boss!”
Starting at minute eight, don’t miss the obscene “prayer” offered by a few wannabe warriors, plus a guy dressed for a Halloween drunkfest, standing at the Senate President’s chair: “Jesus Christ, we invoke your name! Amen!” “We thank you for allowing the United States to be reborn!”
Talk about taking the name of the Lord in vain.