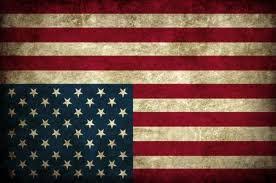 When madness is declared sane, when vice is virtue, when bullying is courage, when white-collar crime is legal, when cruelty is patriotism, when division is unity—when you’ve gotten comfortable with all those, as apparently about 40% of Americans have, then you begin to see why the presidential election is already lost, regardless of the “winner.”
When a huge minority have heartily embraced falsehoods and prejudices that erode the foundation of their own nation, that is not called a wrong turn or a blip on the screen. It is called rot. The decay of the body politic.
Not to be a complete Captain Bringdown on this point, but…well, yes, I do have to be Captain Bringdown, if truth is to be served at all. The events of recent weeks give no cover for the “president” and his followers, not that they have made much of an attempt to hide any of their divisive, paranoid program. Part of their madness is the great rush of glee they seem to derive from public displays of ignorance and prejudice. If you are keeping score, these people are now lost to most of America’s core values: decency, honesty, inclusiveness, fairness. All gone. And there is precious little chance that, even with a “president” sidelined with COVID and defeated in November, these minions will react like the winged monkeys of the Wicked Witch of the West. They will not suddenly turn to Biden in celebration and say the equivalent of “Dorothy, you killed her. The witch is dead!” They are infinitely more likely to continue on their way, down the road to further isolationism, xenophobia, and bigotry.
Most people are now clear on the fact that this election is the most important of our lifetime, but many still have a hard time accepting the reason why, possibly because it seems so improbable. But here it is again, if you missed it: A huge “DANGER” light is flashing. The “president” is quite willing to sacrifice anything—anything—including our institutions, our traditions, our career professionals from every department of government, even the foundations of our republic, in order to protect his ego, his vision of himself as a “winner.”
America’s irreversible loss is that his supporters accept this ruinous attitude–one that has no real precedent in our history. They appear to believe the conspiracy theories du jour—including the ones asserting that Democrats infected his microphone with COVID at the September 29 Trump Boorfest, sometimes referred to as a debate– and that our reality show star is the only one who can rescue the United States from a takeover by the “Deep State” or George Soros or little people from Mars. Whatever. If not those, they believe the fantasy that he is intent on leading them into a future where their fears of being marginalized and impoverished will be allayed, and where America will be “great again.” How he does it, what institutions must be mangled or destroyed to get there, they don’t much care. Maybe he’ll just satisfy them by standing in front of a church, holding up a Bible like he’s auctioning an item from the White House Lost and Found. They don’t really care that he can’t tell his Old Testament from his old testicles. As with the citizens of many of history’s failed nation states, they want first and foremost to feel safe in a changing world. Republican democracy is nice, but if it has to be sacrificed, then…sure, okay. They just want their pizza deliveries to run on time.
Here’s the huge irony: After four years of this “president,” it is Joe Biden who wants to “make America great again.” He’s the one who wants to renew our powerful and successful alliances in NATO, the UN, the World Health Organization. He’s the one who wants America to regain its role as a respected world leader in human rights issues and the climate crisis. Domestically, he’s the one who wants to renew the venerable idea of America as a melting pot, an America that respects the rights of everyone regardless of religion, skin color, or sexual orientation. He’s the one who stands for our national ideals, frankly accepting that there is much work yet to do.
Followers of the “president” choose not to see that he is doing something that Americans have, in fact, never accepted as part of their tradition: governing by dividing the nation and ratcheting up domestic tensions, promoting fear-mongering and bitterness among us. This is the great loss America has blindly inflicted on itself. It’s up to the rest of us now, those who understand the gravity of the situation, to use our votes to try to restore what we’ve lost. If it isn’t too late.

After-Ghanistan: Deconstructing the Road-Apple Hoagie
The Republican Partisan Kama Sutra: A Minority Position
The Sacred Bureaucracy Speaks
This Week on “Numb It Down”
And Now, Direct from Mount Sinai: The Constitution!
Like Wine? Bentwhistle Wine Estate is for YOU!
Trump’s Undeclared Civil War
The Crime Must Not Be Sanitized or Forgotten
When the National Commode Backs Up and Overflows
Important Scientific Memo Regarding the Presidential Election
Election Results are Already In: America Lost
The Joys of Disinformation: Local Edition
Retrumplican Senators: Stark Naked and Squirming
Alt-Right Performance Art!
The Preferred Hand Sanitizer of the Chief Infecutive
Our Economic Junkernaut
The “Deep State” is Saving Your Life
The Gettysburg Infomercial
Rocking the Stocks
45 Misses a Big Chance to Shock Us
New and Improved Civicks 101
After the Famous 5th Avenue Shooting