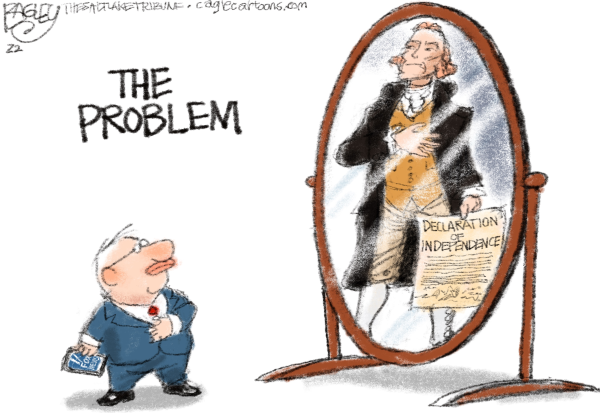 By many accounts, Napa County Supervisor Alfredo Pedroza is a nice guy. Some identify him as savvy. He is also apparently ambitious, but in America ambition is no crime, unless of course you happen to be a woman. Sexism lives!
So Supervisor Pedroza has a sizable base of local support. Yet however you view him and his public persona, there are disturbing elements in his behavior regarding the 405 acres of land he acquired with his father-in-law in May of 2021, land adjacent to the controversial Walt Ranch vineyard project, located in the county’s eastern hills. Mr. Pedroza had consistently voted to approve various elements of the Walt Ranch project, even after acquiring the adjacent parcels of land, dubbed Vinedos AP LLC.
The activities of a Napa County public official don’t often yield such a clear tutorial in the contrast between mere public relations and actual probity, so it is very useful to examine Supervisor Pedroza’s words and actions, which have garnered justifiably great attention since February of this year.
Consider: At a February 8th meeting of the Board of Supervisors , citizens raised glaring conflict of interest questions regarding the investment (Vinedos AP LLC) he made along with his father-in-law, and how its proximity to the Walt Ranch project could financially benefit his father-in-law and eventually the extended family.
At that meeting, after the investment was exposed, Mr. Pedroza said he would recuse himself from voting on subsequent Walt Ranch issues “out of an abundance of caution.” This is of course not strictly true. He recused himself for one reason only: because he got caught. Had no citizens spoken up, he surely would not have stepped back. A responsible recusal, out of a true “abundance of caution,” would have occurred in May of 2021, when he and his father-in-law purchased the 405 acres, or even as they considered the acquisition.
So is his response PR or probity?
Further, on the very same day the Vinedos AP LLC purchase was exposed at the BOS hearing, Mr. Pedroza contacted California’s Fair Political Practices Commission (FPPC) and presented them with his own version of the land deal. Based solely on incomplete information he himself submitted, the commission provided him with an “advice letter” saying that he appeared to have no conflict of interest. This lightning-fast move on his part is what is called “getting ahead of the message,” or “shaping the narrative.” It is precisely the same tactic employed by our former “president” in proclaiming the 2020 election fraudulent. There was of course no massive fraud in the election, but by quickly and publicly claiming there was fraud, he attempted to shape public opinion, feeding the confirmation bias of his supporters–ahead of all the recounts, investigations, and court cases that ultimately proved him wrong.
So is Mr. Pedroza’s response PR or probity?
Still further: When the FPPC announced on March 25, 2022 that, based on information received from Napa citizens, they would pursue an investigation of Mr. Pedroza’s activities, his response was not to take responsibility for his actions, but to blame the times we are living in.
He said: “I should have been more sensitive to the fact that governing in a time of division, being a leader in this community, opens us up to additional scrutiny and hyperbole, but I will not be deterred.”
You see, it’s those darn divisive times we live in. It wasn’t his own decision to make the purchase that caused trouble for him, but the people who were scrutinizing him. It’s all their fault! So not only is he deflecting responsibility for his actions, but is also assuming a role that contains a whiff of martyrdom. He’s being unfairly called out by citizens expecting him to avoid “even the appearance of impropriety.” How dare they. By the way, it’s hard to make sense of his use of the word “hyperbole” in the statement, since every bit of information revealed about Vinedos AP LLC was true, and involved no exaggeration whatsoever.
PR or probity?
And finally, if you’re under investigation by the FPPC and eager to avoid “even the appearance of impropriety,” is it a great idea to hire as your attorney the man who ran the Enforcement Division of the FPPC from 2009 to 2015, Gary Winuk? It’s a move that only amplifies the impression of using insider connections to tilt the scales of justice in your favor. Yet this is exactly what Mr. Pedroza has done. It doesn’t even qualify as good PR, much less probity.
So regardless of the findings of the FPPC, whatever those might be, Mr. Pedroza is sending us messages that are not those of an inspiring leader, but rather of a canny political operative compulsively crafting a public image. Does this qualify as probity?