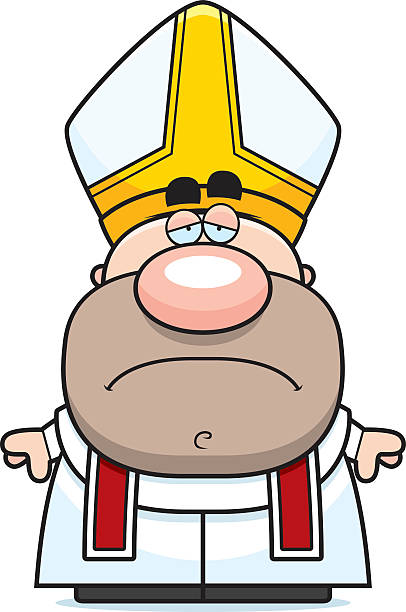 Wow. I don’t know about you, but I was so reassured, in mid-June, to see the U.S Conference of Catholic Bishops convene and come out with guns blazing on a whole range of important issues. These bureaucratic holy men never shy away from a righteous, fiery press release, and in these days of multiple major crises in the world, they are more than ever willing to take names and kick some secular butt.
Climate change? Since it’s about the imminent destruction of life on earth, all those deniers, those big oil execs are going to feel hellfire, absolutely. Along with them, giants of the financial sector, so responsible for expanding income inequality, will also face public shame and spiritual perdition. Anti-vax leaders are headed for hell as well, because of the many lives lost through their willfully ignorant statements against COVID vaccines.
The National Rifle Association’s Wayne LaPierre will have his comb-over singed by the heat of eternal damnation, too, for his role in assuring that there are more firearms than people in the U.S., and of course all American politicians loudly denying the existence of systemic racism will be called out and fitted with custom millstones around their necks prior to being hurled into the sea.
Oh. Oh, wait. My bad. This just in: At their June meeting, the conference of bishops actually didn’t make much noise about any of these crises, much less name and shame public figures largely responsible for them. Sorry. In my zeal to love them, I seem to have gotten the bishops all wrong. Turns out their real hot-button interest at the meeting was to craft a paper on the meaning of the Holy Eucharist, or Communion, a statement that would establish a “national policy” to identify those who are “worthy” to receive that sacrament and those who don’t make the cut. They did specify the latter group to include politicians who support a woman’s right to choose, including President Biden, a lifelong practicing Catholic.
This statement roiled the waters of the great public pool considerably. So President Biden was to be singled out and punished for his stance of being committed to a woman’s right to make choices about her own life, her own body? It seemed—oh, I don’t know—kind of political. Shouldn’t they apply their doctrinal demands fairly, and insist that all pro-choice Catholics be denied Communion, along with Biden?
And if the bishops did adopt that position, wouldn’t it be a little odd for them to have said virtually nothing about our erstwhile, worstwhile “president,” who made it a personal challenge to violate every one of the Ten Commandments as frequently as possible? Is it maybe because he isn’t a Catholic, but rather a godless and immoral creep who took a strong anti-choice stance based on devotion to hypocritical single-issue voters? That would explain why the conference never felt moved to make statements about his adultery, his sexual predation, his thievery, his bullying, his bald-faced lying. Ooh, and the way he treated his dementia-ridden father at the end of his life: a truly lovely, heartfelt shredding of the Fourth Commandment.
It was all very strange activity for spiritual administrators working to make the Eucharist more clearly understood, and perhaps more “commercial” and acceptable to younger Americans who appear largely unmoved by laundry lists of byzantine dogma backed by a powerful streak of ecclesiastical self-preservation.
Lurking in the background is the disturbing but not illogical idea that if these religious oligarchs choose to act in such a clearly political way, they and their respective archdioceses should be taxed, according to American law. Gotta render unto Caesar what is obviously Caesar’s.
But have no fear for the bishops. They might be aging, fustian bureaucrats, but they do have the smarts to recognize truly terrible—and possibly financially ruinous– optics when they see them. On June 21st, just days after their threat to keep Biden away from the little white wafer, they decided they didn’t really mean it. “There will be no national policy on withholding Communion from politicians.” Whew. So the IRS can stand back and stand by, I guess.
The bishops decided their statement would be more about “Eucharistic consistency,” having a more “medicinal rather than punitive purpose.” It would forbid Communion only to those who are “conscious of serious sin” or who are “publicly unworthy.” Leaving aside the fact that “serious” sinners have to be almost by definition pretty unconscious, it’s uncomfortable to consider that many of the prelates themselves might well be considered “publicly unworthy” in the wake of decades of pedophilia scandals and attempted cover-ups of those crimes. But even the guiltiest of them will probably remain in the clear, thanks to the blessings of truly bone-crushing ecclesiastical legal teams. Praise be!